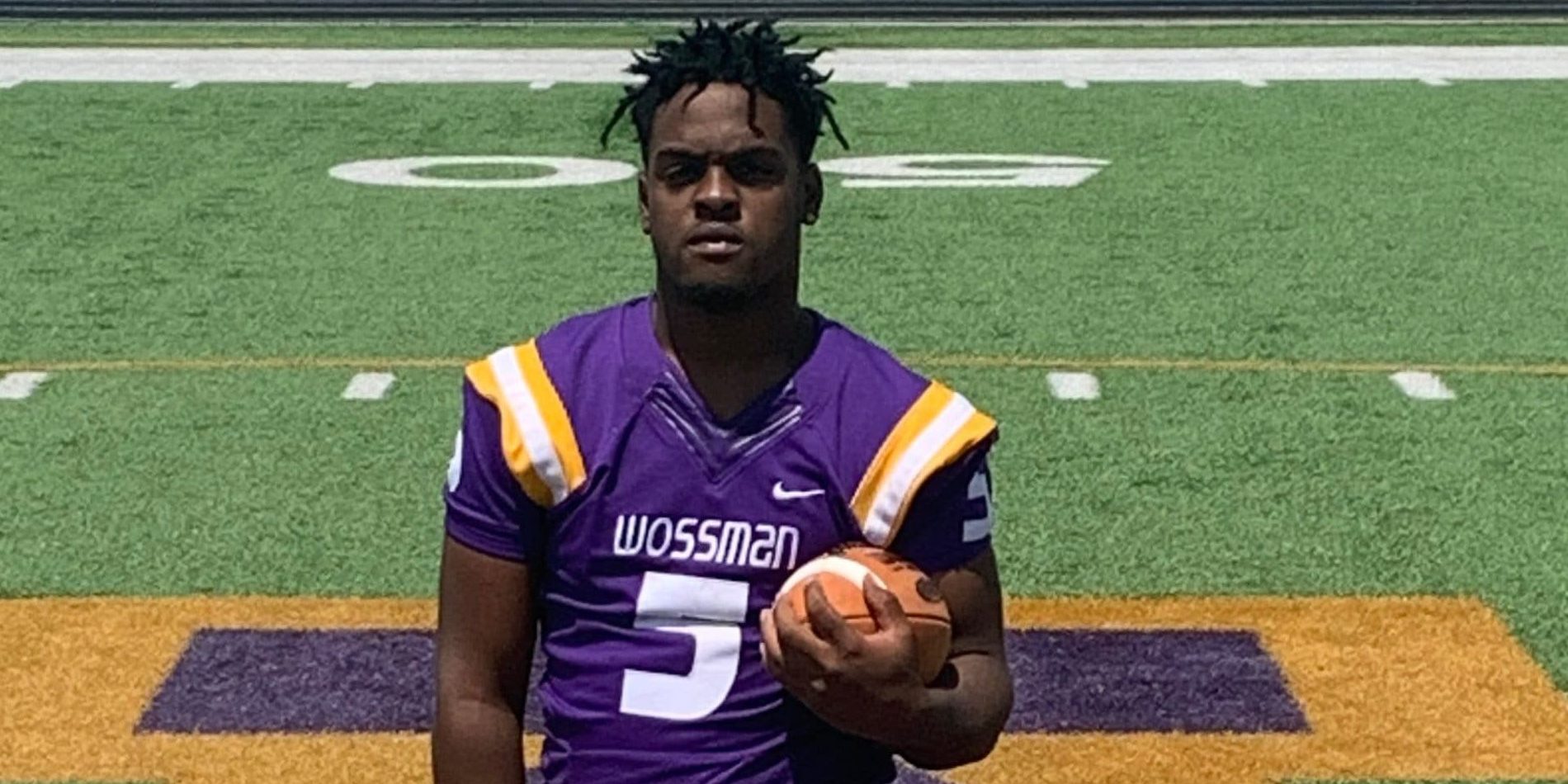 One would ask how is it possible for a player to transition from playing on the offensive line to playing running back, but that is what Wossman High School senior Jessie Booker has done for the Wildcats the past couple of years. At 6-0, 214 pounds, Booker is bigger already than a lot of other running backs around the state of Louisiana, but actually, it has been the smallest that he has been since he started his football career as an offensive lineman.

“In second grade, I started out playing center being over 300 pounds,” Booker said.

Being a big kid at a young age, Booker knew that he had to do something to keep his weight down and football played a key part in doing so. Sooner rather than later, Booker’s weight loss allowed him to play a totally different position.

“I didn’t start playing running back until my seventh grade year for pee wee (recreational league) football because I was still eligible,” Booker said. “My junior high coaches wanted me to be on the line, but my pee wee coach asked me what position I wanted to play by the time I slimmed up to about 240 or 250 pounds. In my eighth grade year, I came back and played both fullback and center.”

Then, the rest was history as Booker continued to lose weight going to now 215 pounds while still keeping his athleticism and power.

“I feel that my blocking and power is what I picked up the most from playing on the offensive line,” Booker said.

The traits picked up on the offensive line helped Booker have himself an incredibly productive career with the Wossman Wildcats. Over the last three seasons, the Wossman workhorse has ran for 2,992 yards and 42 touchdowns. He has also had 245 yards receiving and three receiving touchdowns.

“My quickness being the size that I am is my biggest strength as a running back,” Booker said. “Because of that, everything else comes naturally.”

Although Booker has had impressive numbers both on the football field and in the weight room, he has yet to receive any offers despite receiving some interests from some schools.

“I have talked to some schools so far including Louisiana Tech and Arkansas Tech, but my dream schools are Michigan, Clemson, Alabama, and LSU,” Booker said.

Even though Booker’s name does not come up across in the recruiting ranks as other players at his position, he has received a lot of publicity recently from Louisiana Football Magazine as the Wossman running back was one of 20 players chosen to be featured on the front North cover of the magazine. For Booker, it is an extreme honor knowing that his hard work and dedication has not gone unnoticed.

“It was a big moment for me,” Booker said. “I’m so proud for that, but I wanted to show that I’m ranked in the state. That is the goal.”

Booker has a lot of goals in mind as he wants to major in engineering once he gets to college, but at the same time, is focused on his future goals of one day playing in the NFL. In order to do that, he is watching other NFL running backs to see what they do and how it helps him with his own game.

“I like watching Derek Henry (Alabama/Tennessee Titans) and Saquon Barkley (Penn State/New York Giants) because of their agility, mobility, and strength.”

For Booker, if there is anything that he would like to improve on, it would be his speed in the open field. When one has all of these goals, it is important to take your mind off things to keep one fresh, and fortunately for Booker, he has that escape he can always go to.

“I love to go to the country and ride ATVs, but really, I just like being by myself because I’m focused on one thing,” Booker said.

Right now, the focus is to lead the Wildcats to contend for a Class 3A state championship with a new head coach in Maurice Pollard.

“My first goal is to bring a championship home,” Booker said. “The second is staying healthy and injured free.”

More importantly, Booker wants to emphasize what kind of a player he can be at the college level after showing what he can do in 2020.

Whether it is blocking on the offensive line or running the football, Jessie Booker is the perfect example of doing what is best for the team.