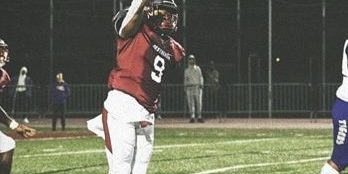 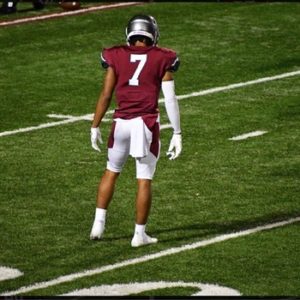 Coming in from John Ehret High School, Marcus Scott knows what it takes to run a Class 5A football powerhouse program. He was given another opportunity to do so at the beginning of this season when he was hired during the offseason to become the Destrehan High School Wildcats head coach. For the previous 18 seasons, Stephen Robicheaux turned the Wildcats into a dominant team year in and year out by leading the program to two state championships along with two more state championship runner up finishes. Not only did Coach Scott have to win over a team, which was used to be led by one coach for the last 20 seasons, but he had to do so during the year, which was 2020.

“I thought the kids and the assistant coaches did a great job of handling the business at hand,” Coach Scott said. “It was a tumultuous season, and everybody had to have the belief that they were going to be able to play. Once we were able to play, it put everything in perspective because we realized how important that time was. We were just fortunate to have the opportunity to compete. Once something has the possibility of being taken away, you start to not take it for granted as much as you used to.” 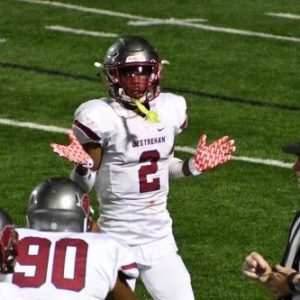 “Once we got to St. James, which we knew that they were the defending state champions and that they had a lot of great players and coaches, we knew that it was going to be a big test for us at home,” Coach Scott said. “Once we got that one under our belt, we just settled in. We just had to get on track and establish an identity. Once we did, it helped us settle in.”

The Wildcats did more than settle in not only winning ten games, but knocking on the door by advancing all the way to the Class 5A Semifinals where the team defeated other great Class 5A programs like Ouachita Parish High School, Dutchtown High School, and Ruston High School along the journey.

“The kids made that playoff run special,” Coach Scott said. “You have a group of kids that are not only good players, but they are good people. It was fun to be around them, and that was one of the toughest parts about the season ending, which is that you don’t get to see those kids as much anymore. I thought we had a pretty tough draw in the playoffs last year. Ouachita did not have a great record, but it is North Louisiana football, and they are always going to be competitive. Then, we had to play Dutchtown and one of the better Ruston teams we have seen in a while. Each game was a challenge because each had good coaches and good players.” 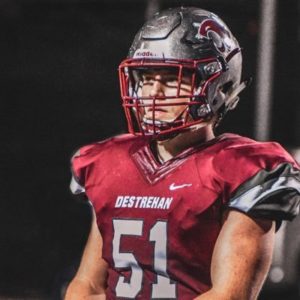 In speaking of playing great programs with great players, the Destrehan Wildcats ran into the two time defending Class 5A State Champion Acadiana High School Wreckin’ Rams. Although the Wildcats did fall in the semifinals to the Wreckin’ Rams, the game did serve as a good measuring stick for the program in order to get back to the state title game.

“If you want to be considered the best, you actually have to be able to beat the top teams in your classification, and obviously, Acadiana has been at the top,” Coach Scott said. “We all are knocking on the door along with other teams like Alexandria, Zachary, West Monroe, etc. It is the usual suspects, but if one of us wants to win, we have to figure out a way to get around them.” 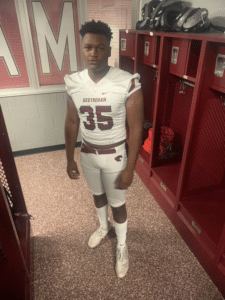 “It was a special senior group,” Coach Scott said. “They were a special group of people outside of the weight room or the practice field. They were good players and good people. That is a part of the legacy when they leave, and those kids played in a lot of football games. Tyler Morton, Dylan Gibbs, Kelvin Lea, and others have played in close to 14 playoff games. If you think about it, that is just an entire new season just in playoff games. When you get the chance to play in double digit playoff games over your high school career, it is pretty special.”

Now, Coach Scott is looking for many more special memories, but this time, those memories will have to be created by much younger guys. 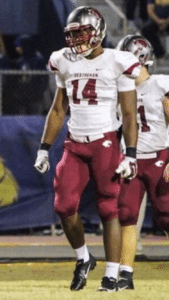 “I am excited that the offensive line is returning,” Coach Scott said. “We lose Eli Taffi, which is a big loss, but we return four offensive linemen. When you get four linemen back along with your quarterback as well as several receivers, we will rely on our offensive guys this season. Our experience this past season was on defense. This year, it will be mostly on offense. We return five on defense and maybe eight on offense. The roles will be reversed this season to start the season off.”

After ten wins, a Class 5A semifinal appearance, and signing five guys to play collegiate football, one would think that would be a fantastic season for any high school football team, but for Coach Scott and the Wildcats, they want even more success.

“It’s a successful season, but there can only be one team standing at the end,” Coach Scott said. “Everybody else is going to be upset. We need to continue to work on the things that got the program to this level. It’s all of our job to make sure that the program is still on that level or even bring it to a higher level. Certainly, we want to maintain the level of success on and off the field here.”

By the looks of things, Marcus Scott is continuing to sustain that level for the program both in the classroom and on the gridiron.