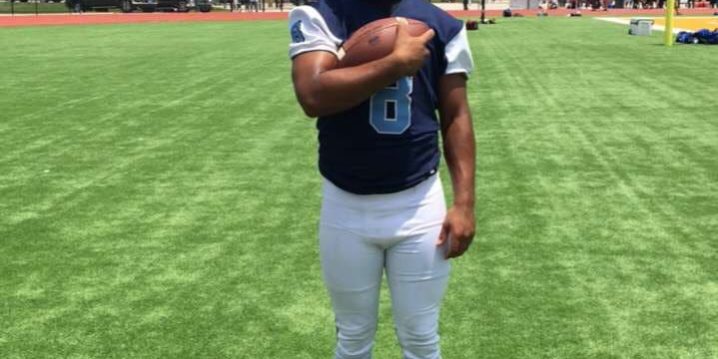 After Hurricane Katrina, South Plaquemines High School was opened to be the new home to many students who were displaced because their previous schools were destroyed by the storm. In its second year of its existence, 2007, the South Plaquemines Hurricanes won the 1A State Championship. They won it again in 2008 and they were runners up at the end of the 2009 season. The Hurricanes have not been back to the Dome in recent years, but this 2018 team looks to change that.

This year’s roster knows the rich tradition South Plaquemines has in having won back-to-back championships in the late 2000’s. Having such a rich tradition brings high expectations each year, and this team is not shying away from them.

“Playing for a high school with such a rich tradition of winning is definitely a challenge,” returning center Cody Everage said. “The expectations are high and we strive to excel past those expectations every year.” 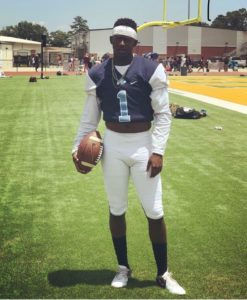 South Plaquemine senior LB Hector Zapata will look to be the leader on the defensive side of the football for the Hurricanes. (Photo provided by Hector Zapata)

Senior linebacker Hector Zapata believes it is up to him and the seniors to keep the tradition going. “It is an honor and a privilege to be playing for such an amazing program,” Zapata said. “As a senior, I must carry on the rich tradition.”

Coach Fitte has the players to continue the tradition as well as excel with the high expectations. The offense returns six starters including QB Isaac Williams, RB Micah Ancar, WR Truce Williams, and C Cody Everage. Each of these players will need to come together and lead the offense to a successful season.

Isaac Williams will be leading the offense for the Hurricanes. Louisiana Football Magazine’s own recruiting specialist Lee Brecheen believes that Williams is a phenomenal quarterback.

“Williams accounted for 19 touchdowns last season,” Brecheen said. “He is just a phenomenal player for his team. I can see him being a slot receiver or a running back at the next level.”

Williams sees the potential for this offense with great skill position players returning.

“The strengths that I fear for the opposing defense is the versatility of our skilled positions,” Williams said. “Everyone of them can throw, run, and catch.”

That can be a nightmare for the opposing coach to have to game plan against. Micah Ancar is one of those athletes in which Williams is talking about and Brecheen also speaks highly of him.

“He is just a great athlete,” Brecheen said. “He can play a number of positions and is just a great high school player.” “He runs a legit 4.5 in the 40 and play at the D-II level.”

The last skill player is WR Truce Williams. He has the measurables to be a great receiver and can be a major weapon for the Hurricane offense.

“Truce Williams has the most upside of any of these players,” Brecheen said. “I think he has the “it” factor and can be 200 pounds in time. Williams is at 190 pounds currently. He can be a great sleeper for a smaller D-I school because of his great hands”

Anchoring down the offensive line will be Cody Everage at center. He is one of the six returning starters on the offensive side of the ball. Everage believes the strength of the offense will be the running game.

“The strength of our offense is our running game,” Everage said. “We have several running backs that can punch it in the end zone.”

Everage has the talent to go to any school he wants, but his 5-9 frame is hindering him.

The defensive side of the ball is led by senior linebacker Hector Zapata. He comes from a family that is rich in football tradition. He has two cousins play football in college and one of them played for two professional teams. Zapata’s cousin Bradley Sylve was a defensive back at Alabama. He went on to play for the Buffalo Bills and the New Orleans Saints.

Zapata likes where the defense is going this year.

To help him work on his vision and footwork, Zapata watches film on Odell Beckham Jr. (Newman/LSU/New York Giants) and Jamal Adams (LSU/New York Jets). He leads by example and that is why the defense will come up with big plays for the Hurricanes this season.

“He is just a leader,” Brecheen said of Zapata. “Every high school team needs a Hector to lead the defense and he can be a heck of a linebacker at the D-II level.”

This is an extremely talented South Plaquemines team and if they come together and play to their potential, they can make a deep run in the playoffs.