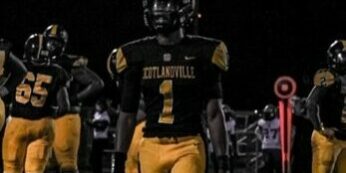 C’zavian “Zae” Teasett is a 6’3, 196 pound quarterback for Scotlandville Magnet High School in Baton Rouge, Louisiana. The Hornets went 5-5 last year, and are in excellent hands with Zae returning as their leader for next year. Last year, Zae completed 188 of his 301 passes, totaling 2,728 yards and 21 touchdowns through the air. His arm is not his only threat though. Zae rushed for 283 yards and four touchdowns and has an impressive 40 yard dash time of 4.9 seconds. To top it all off, he also plays shooting guard for the basketball team.

Growing up, Zae was always throwing things around the house and that’s when his mom stepped in and convinced him to pick up the game of football. Quarterback was always a position he wanted to play, and competing under pressure just came natural for Zae. Now, Zae constantly watches YouTube videos to improve his game and taking drills he sees online from the screen to the turf. Fundamentals is what Zae thinks is the most important thing to focus on when it comes to being a quarterback. He says “When I am practicing and doing drills, I’ll often force myself to do some pushups when I make a bad throw or a careless decision.” This discipline is rare and will be what helps him succeed at the next level.

Zae has been focusing on improving many things, but claims his pre-snap reads is his number one priority to improve upon. Catching onto defensive adjustments is something that Zae thinks he is good at but also something he understands he needs to be great at. He is also working on his footwork in the offseason in order to be more consistent with his throws and extend even more plays his senior year.

When asked what sets him apart from other quarterbacks, Zae says “my ability to extend plays, getting the ball to the playmaker, and trusting them to do their thing”. Zae also loves to keep his players surrounding him motivated knowing that with him as the quarterback and leader of the offense, his attitude can be the difference between a win or loss on the records. He is the definition of who you want to lead your team.

Outside of football, he enjoys any outdoor activity, watching Netflix, and sleeping. Zae plans on majoring in criminal justice in college, and currently has offers from South Alabama, Northwestern State, Grambling, Southern, Kansas, Louisiana Tech, and SEC powerhouses Arkansas and Ole Miss.

Click below to check out Zae Teasett’s junior highlights: 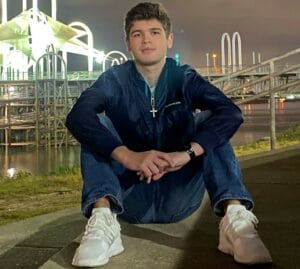