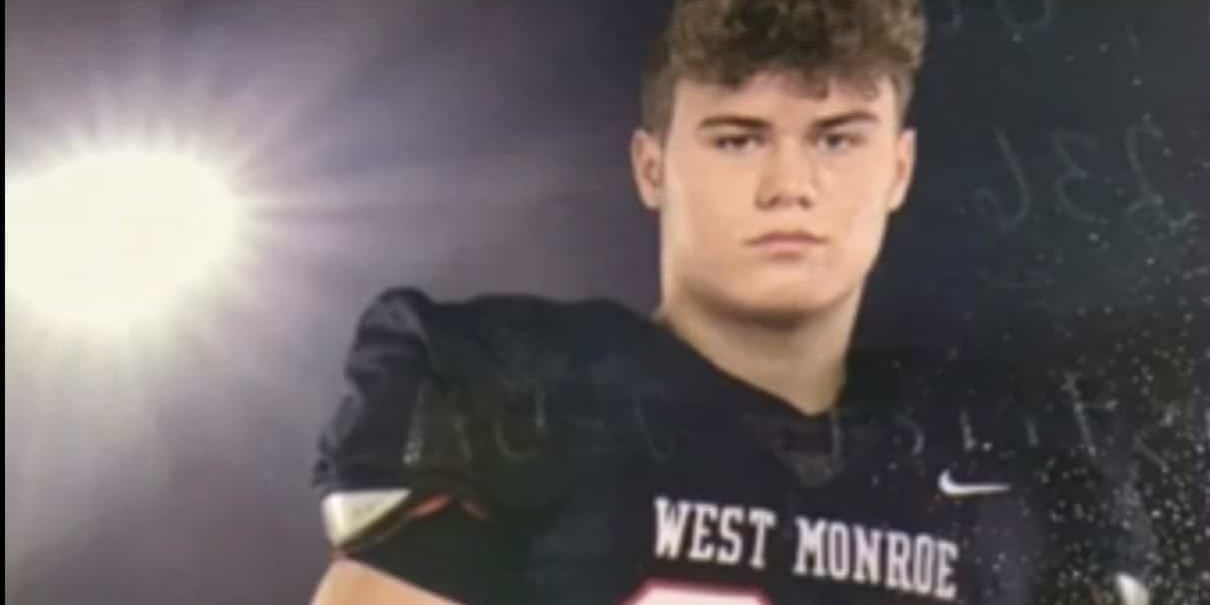 A defense is the backbone of all successful teams, and a dominant front seven can bring a defense from good to great. This is the story for West Monroe Senior Defensive End Brock Harvey and Linebacker Tag Banks.

In 2021, Tag Banks made a huge impact as a leader on the West Monroe defense, tallying 127 tackles, 4 of which for loss, along with an interception he returned for a touchdown, and a fumble recovery. Banks says his biggest on field strengths is “[his] awareness of offensive formations and how I can quickly decipher which ways and what type of play they are running.” Tag also models his game after former All-Pro Carolina Panthers linebacker Luke Kuechly, citing Kuechly’s awareness and ability to read plays as traits he looks to model his game after.

Banks looks to improve his speed when he gets to the next level, but strength is not an issue for him, lifting over 450 pounds in the squat, benching 275 pounds, and power cleaning 290. His size and strength makes him dangerous as a linebacker, getting into the backfield and making plays.

Brock Harvey also emerged as a senior leader on this year’s Rebels squad racking up over 80 tackles, 17 of which for losses, along with 12 sacks. A dominant pass rusher off the edge, Harvey described his biggest strength as his ability to get pressure on the quarterback, and his size and strength certainly helps with that skill. The 6’5”, 250 pound Harvey is dominant in the weight room as well, lifting 315 pounds on the bench press, 349 in the power clean, and almost 500 pounds in the squat.

Brock likens his game to the dominant Watt brothers, J.J. And T.J., citing J.J.’s brute strength and T.J.’s speed and technique off the edge as traits he tries to follow. Harvey also said that he is looking to improve on his hands and techniques before he gets to the next level with multiple schools showing interest in him.

Off the field, both Banks and Harvey enjoy hunting and hanging out with friends and family. Banks plans to major in engineering once he arrives at college, and Harvey intends to major in Kinesiology. They both also wish to work hard and become the best possible versions of themselves. These two dominant defenders are players to look out for at the next level.