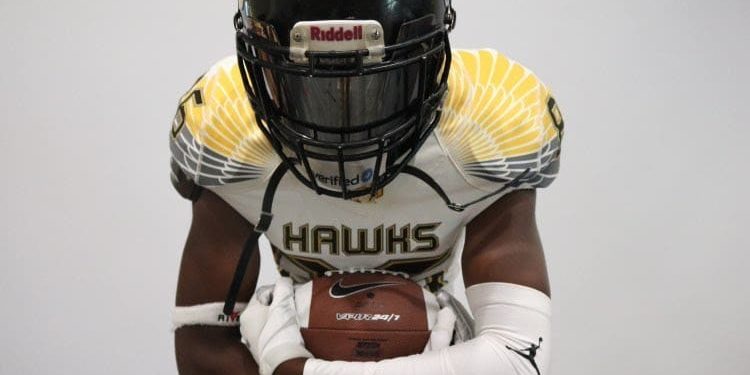 This past season, the St. Helena Central Hawks completed their season with a record of 4-5. Josiah Mensah, a senior defensive end and tight end, who is 6’3” and 210 pounds, was able to record over 30 tackles and 40 pancake blocks. Mensah says his speed and his “football IQ” are his greatest strengths on the field. As well as this, he says he is a very ambitious person. “I take up all learning opportunities that enhance my skills and know how to cope with failures. I like challenging myself to find creative solutions as quickly as possible and resolve any issues at hand,” he says. Mensah also says his mother is his biggest inspiration to keep him motivated. “It was a lot of times I wanted to quit and leave and she wouldn’t let me,” he says.

When he was eight years old, Mensah says he was walking down the street when a man approached him asking him to play on his football team. “He came back and talked to my mom and ever since then I’ve loved it,” Mensah explains how he started playing football. His favorite athlete is Jason Pierre-Paul because he is one of the best in the NFL and he “is just that guy”, Mensah says. Mensah’s favorite memory from football is from his ninth grade year when he went to the Superdome to compete for the state championship title with his team. When it comes to what he will miss about high school football, he says, “I’m going to miss the hometown fans.” Mensah says he is looking for a college that has a good major that he’s interested in like agriculture and engineering. His plans after football is over is to own his own veterinarian business, although his ultimate football dream is to play in the NFL.

Aside from football, Mensah also runs track. Outside of sports, Mensah likes to go on trail rides and enjoys riding his horse.

Click the link below to check out Josiah Mensah’s senior highlights: