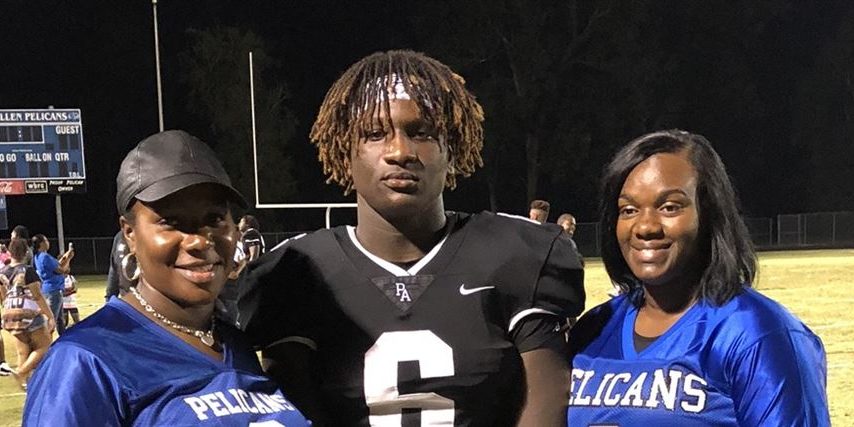 Leadership is a key that all coaches look for, but very few players possess the tools needed to achieve this role. The Port Allen Pelicans have found this in the form of senior RB/LB Jordan Antoine. Antoine led the team to a 6-5 record and a playoff appearance in 2021 tallying 711 rushing yards and 6 touchdowns on 113 carries as a running back, and 38 tackles with 9 tackles for loss as a linebacker.

Jordan says that the biggest strength in his game is his leadership and fearless style of play. He also compares his game to former LSU standout and current Kansas City Chiefs safety Tyrann Mathieu and former Seattle Seahawks running back Marshawn Lynch, citing their humble yet aggressive and prideful style of play.

Antoine also said that he looks to improve his speed and endurance to be able to stay on the field.

Jordan has received a scholarship offer from Louisiana College, and has also received admission to Louisiana Tech and Louisiana-Lafayette. He plans to major in computer engineering wherever he attends. Outside of football, Antoine enjoys  reading books, working to make money, and spending time with his family. One of his biggest aspirations is to play professional football and to “make a difference to the people around him”.

Click the link below to check out Jordan Antoine’s senior highlights: