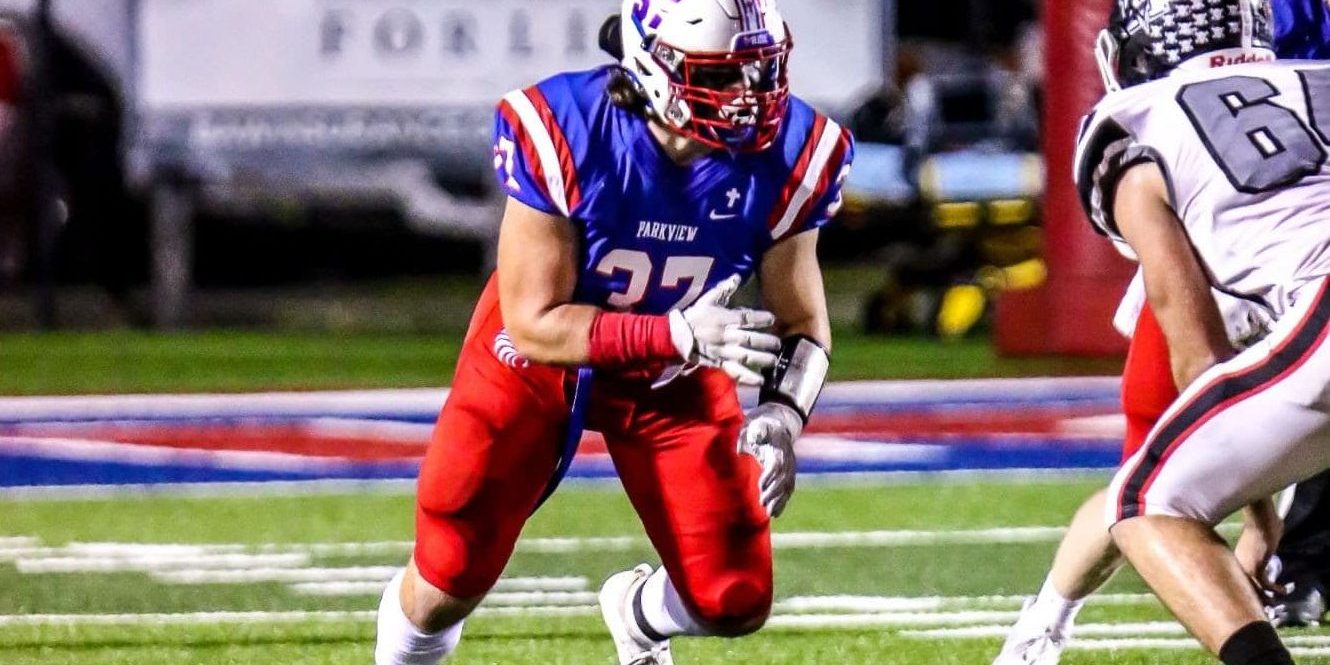 Brandon Favre is a senior defensive end from Parkview Baptist High School in Baton Rouge. Standing at 5’11” and 225 pounds, Favre is also able to rotate in as a tight end. For the 2021 season, Favre recorded 42 tackles, 28 being solo tackles and 14 being assists, 4 sacks, 1 tackle for loss and 1 fumble recovery. Favre also records a 4.84 for his 40-yard dash time.

When asked what he will miss the most about high school football, Favre says, “The Friday night lights atmosphere.” He also says his favorite memory would be the huge comeback during the West Feliciana game, with a final score of 23-22, that was 22-0 at the half. Favre has a max bench of 285 pounds, max squat of 515 pounds, and power clean of 325 pounds. “I think my strength in the weight room has a lot to do with my success on the field,” Favre says.

Lee Brecheen, Louisiana Football Magazine’s owner, describes Favre as a “tough kid.” Favre states that his ability to move well at 225 pounds is also a strength of his as an athlete. Favre’s biggest inspiration to keep going is that he “always felt like I couldn’t let the guy next to me down,” he says. His ultimate football dream is “to just be successful.”

Favre handles adversity well, he says he performs better under pressure, “especially when my back is up against the goal line,” he says. Favre says he is determined, and that when he’s playing football, he’s always looking for a way to get better.

Favre started playing football at the early age of three. Growing up, his favorite athlete was Ray Lewis, because he liked how aggressive Lewis was on the field. Outside of sports, Favre likes hunting, fishing, and hanging out with friends. He says he is looking for a small town feel out of a college, with Belhaven and Millsaps being two that he is interested in right now. After college, Favre plans to work for a construction company.

Click the link below to check out Brandon Favre’s senior highlights: