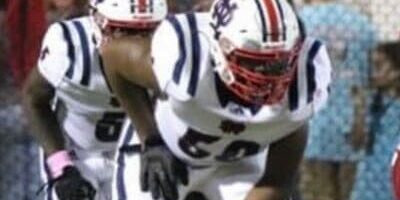 Duke Thomas is a defensive tackle from North DeSoto High School. He has great feet for a big man and is an exceptional athlete as he has also played multiple positions such as tight end and defensive end. His versatility and athleticism will make him a major threat at the next level of play. North DeSoto High School was no different from many other Louisiana schools as they too had to deal with Hurricane Ida at the start of the season. This was a major setback and North DeSoto got off to a pretty rough start. Due to the great leadership of the coaches and players such as Duke, the North DeSoto Griffins were able to quickly turn their season around. As far as college, Duke has great talent and will be excited to go out and make a name for himself at the next level.

Click the link below to check out Duke Thomas’ senior highlights: