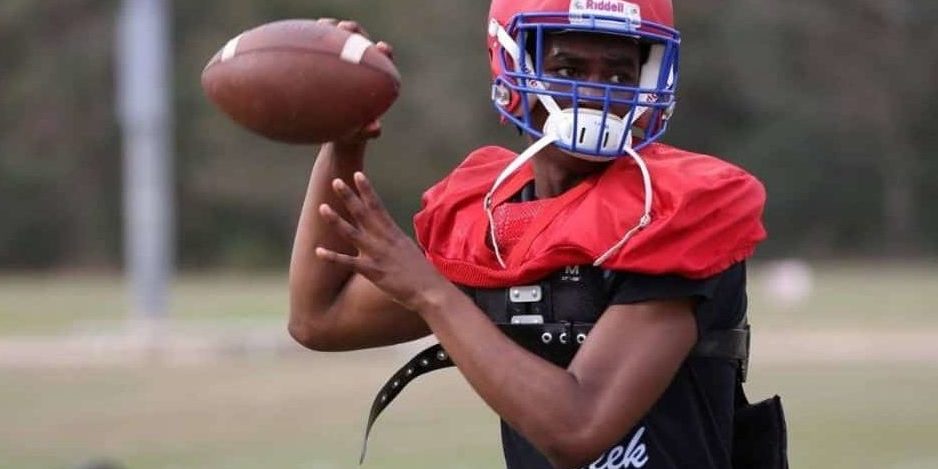 Tydre Malone, quarterback for Jonesboro-Hodge High School, is 6’5” and 210 pounds. For the 2021 season, which was his senior season, Malone recorded 3,500 passing yards, 38 passing touchdowns, 6 rushing touchdowns, and only 8 interceptions. Malone also has a 40-yard dash time of 4.56. He says his greatest strengths as an athlete are his “throwing and mobility.” Malone says his favorite football memory is making it to the semi-finals, and he will miss the thrill of Friday night air and the adversity it gave him in those tense games. Malone faces adversity by staying calm and focused, “just trying to get my head back right,” he says. Malone also says that he is quiet and doesn’t talk a lot, but he leads by example. He started playing football when he was young, but stopped playing and then his aunt talked him into playing again. He says after he gave it another shot, a lot of opportunities opened up for him. Malone says his biggest inspirations to keep going are two of his childhood friends, Javion and J5 that died in a car crash.

When it comes to playing at the next level, Malone says he is ready for a fun four years and “just ready for life.” He says his ultimate football dream is to make it to the NFL. Malone has some colleges interested in him, including Copiah-Lincoln Community College, Alderson Broaddus University, Lane College, and more.

Click the link below to check out Tydre Malone’s senior highlights: