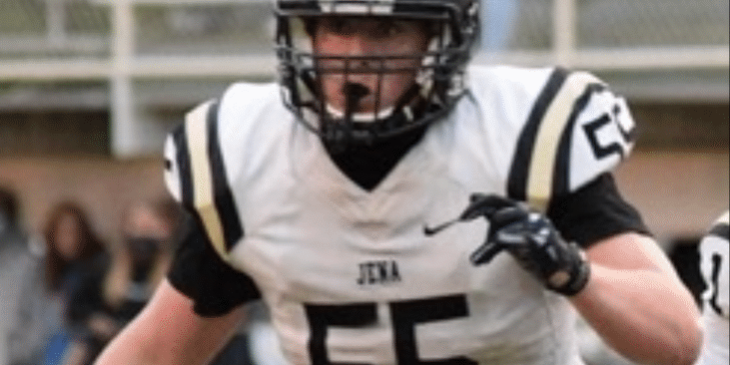 Collin Ashley is a 6’1, 240 pound fullback at Jena High School who maxes bench press at 255, squats 505, and power cleans 250. After 18 starting seniors graduating last season, a lot of younger players had to step up. Collin was one of the few players who stepped up as he was a big leader in the locker room for Jena this season. During the offseason, Collin is continuing to work out and improve as a player, but he also enjoys bowling, swimming, and playing video games during his free time. As far as college goes, Collin says he is heavily considering attending Louisiana Tech where he plans on majoring in computer science.

Click the link below to check out Collin Ashley’s highlights: