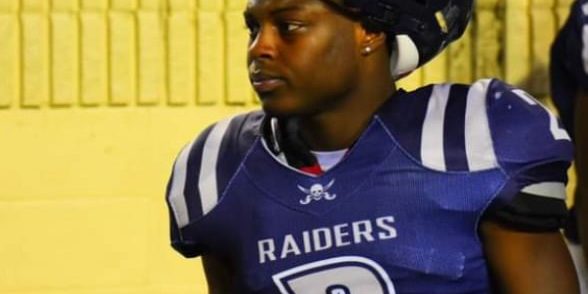 The Huntington Raiders had a season this year where they went 9-3 and made the second round of the playoff before losing. They were led by senior running backs Demajah Riley and Gabriel Sparks. On the season Demajah said, “It was a great season brought a lot of us together and made us work together as a team and not individuals”. Gabe said about the season, “It was a good season. I just wish we just could’ve made it farther then what we did as a team. We shocked the city on how good we could be”.

Demajah Riley is a 5’7, 175 pound athlete and running back for Huntington. The best part of his game according to him is his ability, “how effective I am with the ball and with how I make people have to double me and it leave teammates with one on ones”. The part of his game that he wants to improve on is, “I wouldn’t say it’s a part of my game, but being vocal on and off the field and being a leader on and off the field”. The players that he models his game after are New Orleans Saints running back Alvin Kamara and Carolina Panthers running back Christian McCaffrey. As far as what he is looking for in a college ,he said, “to have what I want to major in and for them to play as a family or brotherhood not to be so individual”.

Gabriel Sparks is a 5’11, 185 pound running back who also plays for the Raiders and wears #5. The best part of his game he says is, “Being the power back”. Speed and getting faster is the part of his game that he wants to improve on. Tennessee Titans running back Derrick Henry is the player he models his game after the most. In his free time, he enjoys spending time with his family. After high school, he is going into the Navy.

Click the link below to check out Demajah Riley’s senior highlights:

Click the link below to check out Gabriel Sparks’ senior highlights: