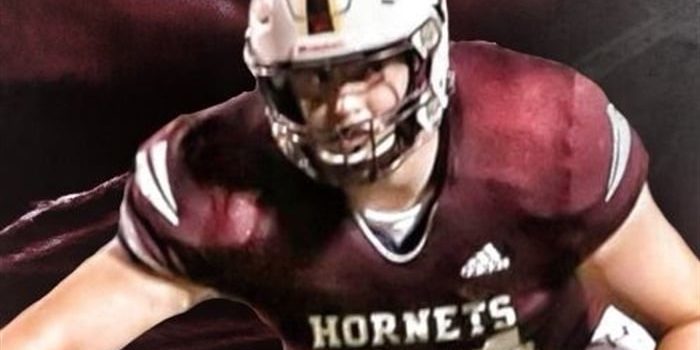 Bryant Williams is a 6’7, 315 pound offensive tackle from Grand Lake High School. Bryant moves good on his feet and has great strength shown by his max bench press of 365 pounds, squat of 415 pounds, and power clean of 215. Bryant has committed to the University of Louisiana Lafayette where he will major in communications.

Bryant states that the biggest challenge from him and his team this past year was injuries. The Hornets dealt with many key injuries at the start of the season, but Bryant as well as some of his teammates stepped up big and was a major part of Grand Lake’s success. Bryant’s hobbies outside of football include working out, running, and constantly staying in shape. In regard to college, Bryant says he is most looking forward to meeting his teammates, embracing the Ragin Cajon culture, and hopefully helping his new team win a championship.