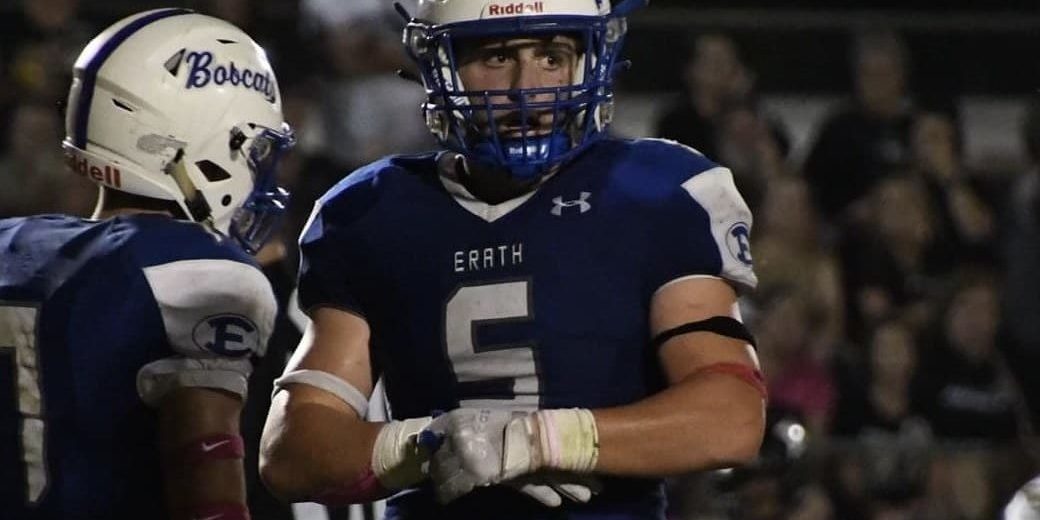 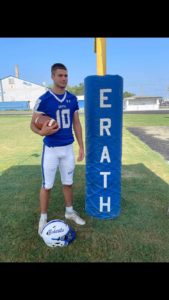 After a 1-6 campaign in 2020, the Erath High School Bobcats bounced back this season with an 8-4 record and a 3A playoff appearance. This bounce back for Erath was led by senior wide receiver David Richard and senior running back and linebacker Logan Lemaire.

Richard’s season saw him haul in 18 receptions for 311 yards and 4 touchdowns. David credits his production to one of his biggest strengths: football IQ. Saying, “My biggest strength is my knowledge of the game and knowing how to beat different defensive coverages.”

Richard also said that he tries to model his game after Arizona Cardinals’ star DeAndre Hopkins. “He runs excellent routes even though he isn’t the fastest and his catching is excellent”

Crisp route running and good hands are both key components to his game, and added in with his quick thinking and ability to break down defenses, will make David an impact player at the next level.

Lemaire wrapped up his senior season with a team leading 126 tackles as a linebacker and 5 touchdowns as a running back. Logan’s strength and physicality makes him a terror for receivers and running backs coming over the middle, and his bruising style of running make him brutal for opposing defenses.

“100% effort every single play.” The words used by Lemaire to describe his biggest strengths as a player. With weightlifting maximums of 315 pounds on the bench press, 530 on the squat, and 335 on the power clean, Lemaire’s unrelenting and physical style makes him an intriguing prospect and dangerous at the next level.

Off the field, David enjoys hanging out with family and friends, and plans to major in Accounting when he arrives at college. Logan is an avid hunter and fisher, and intends to major in Biology when he enrolls in school.