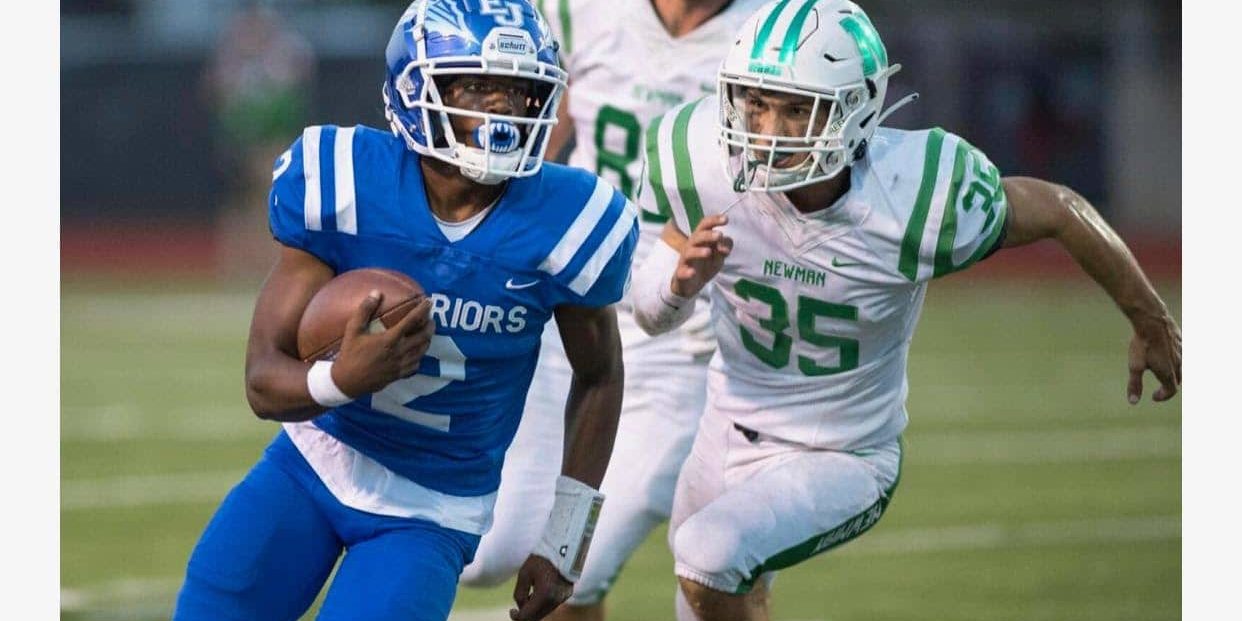 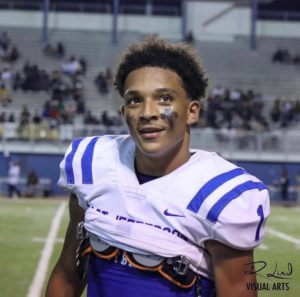 The East Jefferson Warriors are currently 3-2 and are being led by starting Quarterback #2 Arthur Oliver and starting Wide Receiver #1 Tre Manganello. While the season has had its ups and downs, they are getting better and improving each week. When we asked Tre about the rest of the season, he said, “We have a solid team and a great chance to go far in the playoffs”.

Arthur Oliver is 6’0, 165 pounds and is the quarterback for the Warriors. The best part of his game is his explosiveness. He said, “My vision to be able to see when the lanes is about to open”. Knowledge of the game is something that he wants to improve on saying, “There is a lot of stuff I have left to learn”. He doesn’t model his game after any particular player. He said, “I watch a lot of different football both college and the NFL. I try to take a little from everyone I watch and put into my own game”. The most important thing that Arthur is looking for in a college to attend is “Great tradition, a coach staff with a winning attitude and place the just makes me feel like home”.

The Warriors leading wide receiver is Tre Manganello, who stands at 6’1, 165 pounds. The best thing he does on the field is, “having fun with teammates that I look at like my own family”. When asked what he wants to improve on he said, “being more consistent with my routes and trying to find the end zone more”. Tre models his game after Seattle Seahawks Wide Receiver DK Metcalf. In particular, the speed that Metcalf has. In college, he is looking for a university that will, “playing every down like it’s their last and playing as one a team that is determined to win and is ready for any challenge that’s ahead of them”.

East Jefferson is led by two great players in Arthur and Tre. They are set to play their next game against Higgins on Thursday, October 28th.

Click the link below to check out Arthur Oliver’s midseason senior highlights:

Click the link below to check out Tre Manganello’s midseason senior highlights: