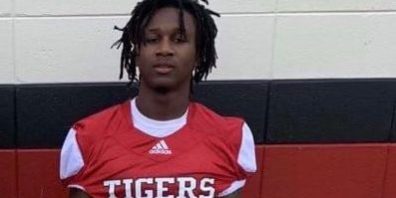 Daimar Robinson is a 5’9 165 pound safety for Donaldsonville High School. Daimar has amazing speed which is proven by his 4.45/40 time. Daimar is also a great leader as he played a huge role this season making sure all his teammates saw eye to eye and everyone was on the same page in order to give them the best chance to win. Outside of football, Daimar’s hobbies include hunting, fishing, and hanging out with friends. Daimar’s favorite colleges include Alabama, Ohio State, and Texas, and he plans on majoring in Electrical Engineering.

Click the link below to check out Daimar Robinson’s highlights: