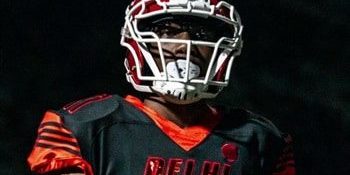 Camryn South is a 5’9, 185 pound cornerback from Delhi High School. Camryn is a great shutdown corner with good speed as shown by his 4.6/40 time. Camryn’s biggest challenge faced this season was coming back from an injury he received while playing basketball. He was able to fully recover, and really step up as a leader this year for the Bears.

Darvis Smith is also a player out of Delhi High School who has been seen playing multiple positions. This past season, he was listed as a wide receiver where he played really well. Darvis is a very diverse player who can get it done anywhere you put him on the field. His amazing speed of a 4.4/40 run time can be good use for any team at the collegiate level.