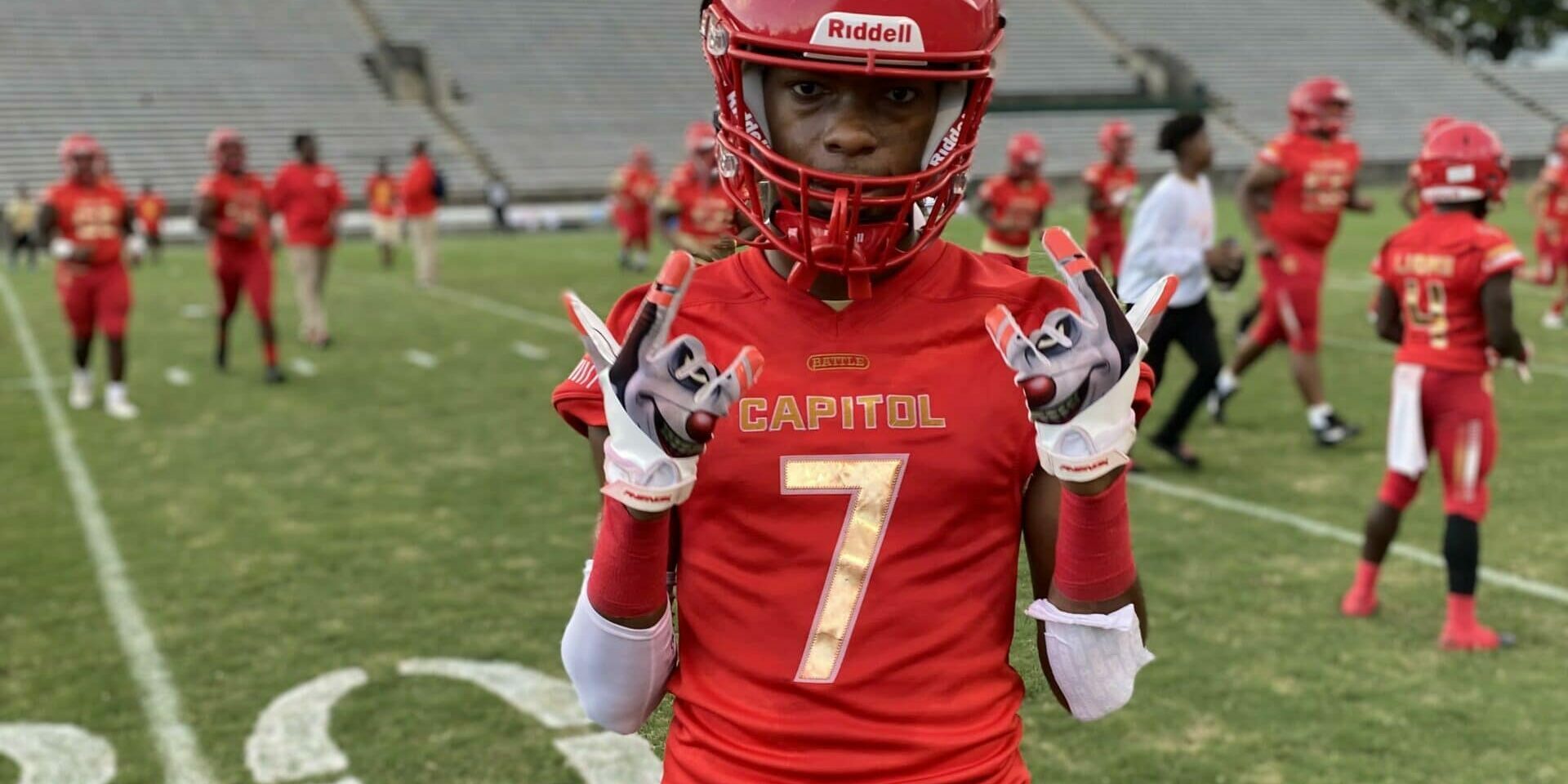 Capitol High School’s Trajon Freeman finished his senior season with 12 receptions, 7 touchdowns and 275 receiving yards on offense. On defense, Freeman recorded 5 forced fumbles, 12 tackles, 4 fumble recoveries, 7 interceptions, and 6 pass deflections. Freeman is 6’3” and 180 pounds with 4.59/40-yard speed. His favorite memory from football is winning the All-Pro Bowl, and he says he will miss the feeling of the locker room after a win the most when it comes to high school football. His ultimate football dream is to “make a name for myself and be one of the greatest,” he says. He says his greatest strengths as an athlete are his “IQ, speed, and lateral movements.” Freeman also says that he gives out good energy and that he would describe himself as respectable.

Freeman says he has been playing football for as long as he can remember, and he had three little brothers that he would play with. Outside of sports, Freeman likes to spend time with his loved ones. He says his mother is his biggest inspiration to keep going, along with his ego. After his football career, he wants to be an astronomer and work for NASA. Freeman is currently interested in Grambling State University, Jackson State University, University of Georgia, and Texas A&M.