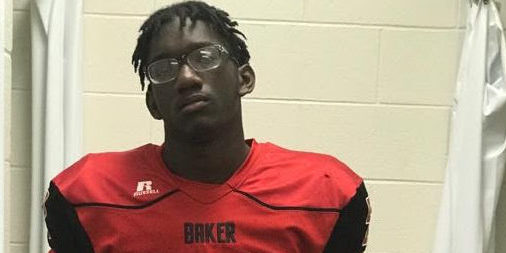 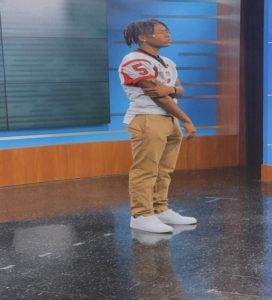 Baker High School has started the season on a poor note going 1-3 in their first three games. They have two seniors that have Division I potential. They are Deterrian Welch and Ricky Jarvis. While the season has had ups and downs, it is starting to come together, and they still feel that they can make the playoffs.

Deterrian Welch plays on both sides of the ball as an offensive tackle and defensive tackle. He is 6’5 and weighs 230 pounds. As far as what separates himself it is his, “leadership abilities and my discipline”. His competitive nature is something that drives him to become a better player. His family and coaches are also inspiring him, both on and off the field. One of his hobbies is to learn new defensive techniques that can help him on the field. He tries to model his game after NFL players. “I model my game after straight domination I learn moves from players like JJ Watt because he is a very phenomenal athlete”. As far as college, he is considering schools like LSU, Southern University, and Texas A&M. The things he is looking for most in a university is, “I’m looking for a brighter education because a student athlete is a student before athlete. I also want a chance of going to the NFL to help my family”.

At 6’2, 180 pounds, Ricky Jarvis is an athlete that also plays on both sides of the ball. The best part of his game is his, “ability to play any skill position” on both offense and defense. Some of the things that he wants to improve on are, “my overall play making ability and leadership skills”. The schools that he is considering are LSU, Southern University, and Oregon. The thing that he looks for in playing at a college is getting a degree. Some of his hobbies are reading, running and sight-seeing. He does not model his play style after any NFL players.