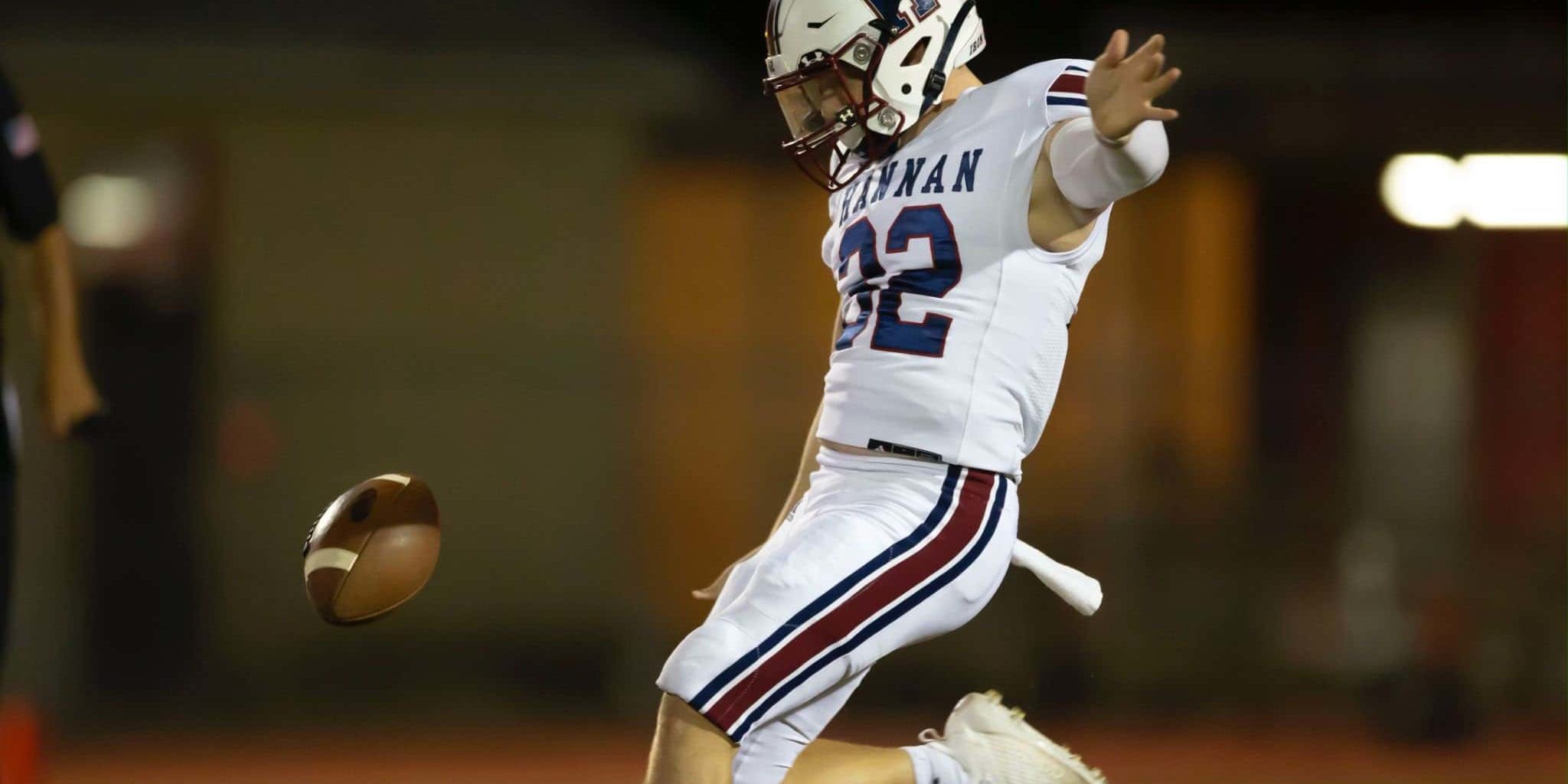 McKaden Thompson is a punter out of Archbishop Hannan High School in Covington, LA. The Hawks may have had a losing season finishing 2-7, but that did not stop Thompson from being a great punter and student. Thompson stands at 5’10” and 195 pounds. This season, Thompson was able to complete a 41.2 yard average on 24 punts, with 13 punts being inside the 20 yard line, and his longest punt being 59 yards. Thompson is also an excellent student with a 3.85 grade point average and 31 ACT score. Although he is smart off the field, he claims his greatest strengths include his leadership ability and versatility. “I have always been able to play pretty much any position on the field in both football and baseball,” he says. Thompson started playing football at the age of five. His dad Jeremy Thompson introduced him to the game as soon as he was old enough to comprehend it. His father also played at the collegiate level as a punter and was a potential NFL draftee before being injured his junior year. Thompson says his favorite punter is Pat McAfee because he is unlike other punters. He says McAfee has always been the standout and that he was loud and has a big personality.

Currently, Thompson is talking with multiple colleges in hopes of playing football for them. Some of these include Rose-Hulman Institute of Technology, Trine University, and Rhodes College. Not only is Thompson looking for a school to play football, he says “All I need in a college is a good engineering program and a good football program.” After his football career is complete, he says his plans are to enroll in graduate school or attend law school. Thompson says he will miss the atmosphere of the locker room most of all. “I won’t get to experience the relationships that I did in high school, in college. The atmosphere of the locker room and the chemistry I had with my high school team will never be matched.” His favorite memory from football is from his freshman year, his first varsity game ever. During this game, he was put in for a drive at the end of the Pope John Paul II High School game. Three plays into the drive, on his third varsity carry, he broke an 85-yard run that resulted in a touchdown. He says, “To this day it is still one of the coolest moments I’ve experienced.” With Archbishop Hannan’s season, Thompson faced adversity, which he says he took adversity in stride. He says the past few years have been hard due to COVID-19 and missing six weeks of practice and lifting due to Hurricane Ida.

McKaden Thompson has definitely faced difficulties throughout his athletic career, but he has not let it bring him down, as he has remained a phenomenal athlete and student.

Click the link to check out McKaden Thompson’s senior highlights: