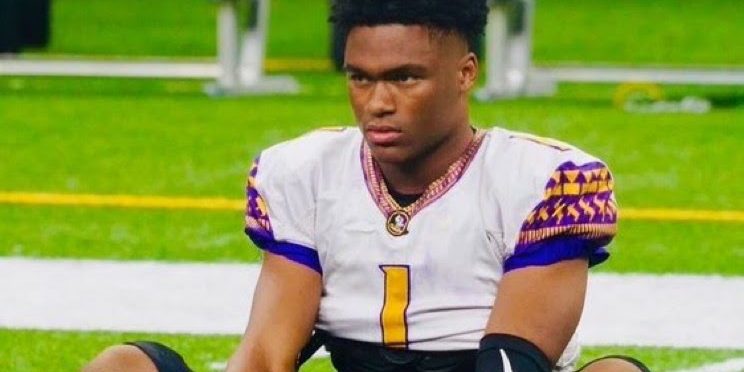 This past season, Earl Jackson was able to help his team, the Amite High School Warriors, to win the Class 2A State Championship. Jackson claims the championship game as his favorite memory from football. “It felt good knowing all my hard work paid off,” he says.

Standing at 6’0”, 185 pounds, he was able to complete 16 touchdowns during his senior season. Playing running back and wide receiver, Jackson completed one touchdown during the state championship to help with the victory over the Many Tigers.

Jackson was four years old when he started playing football because he loved the game. “Cam Newton was my favorite player growing up because he made lots of explosive plays and played with swagger. We also wear the same number,” Jackson says.

Outside of sports, Jackson enjoys riding ATVs. When it comes to his college search, Jackson is looking for somewhere he can call home and has a family. He would like to play for a team that has good coaching and wants to be able to surround himself with hardworking, positive people.

He is currently interested in College of Wooster and Grambling State University to continue his athletic and academic career.

Click the link to check out Earl Jackson’s senior highlights: