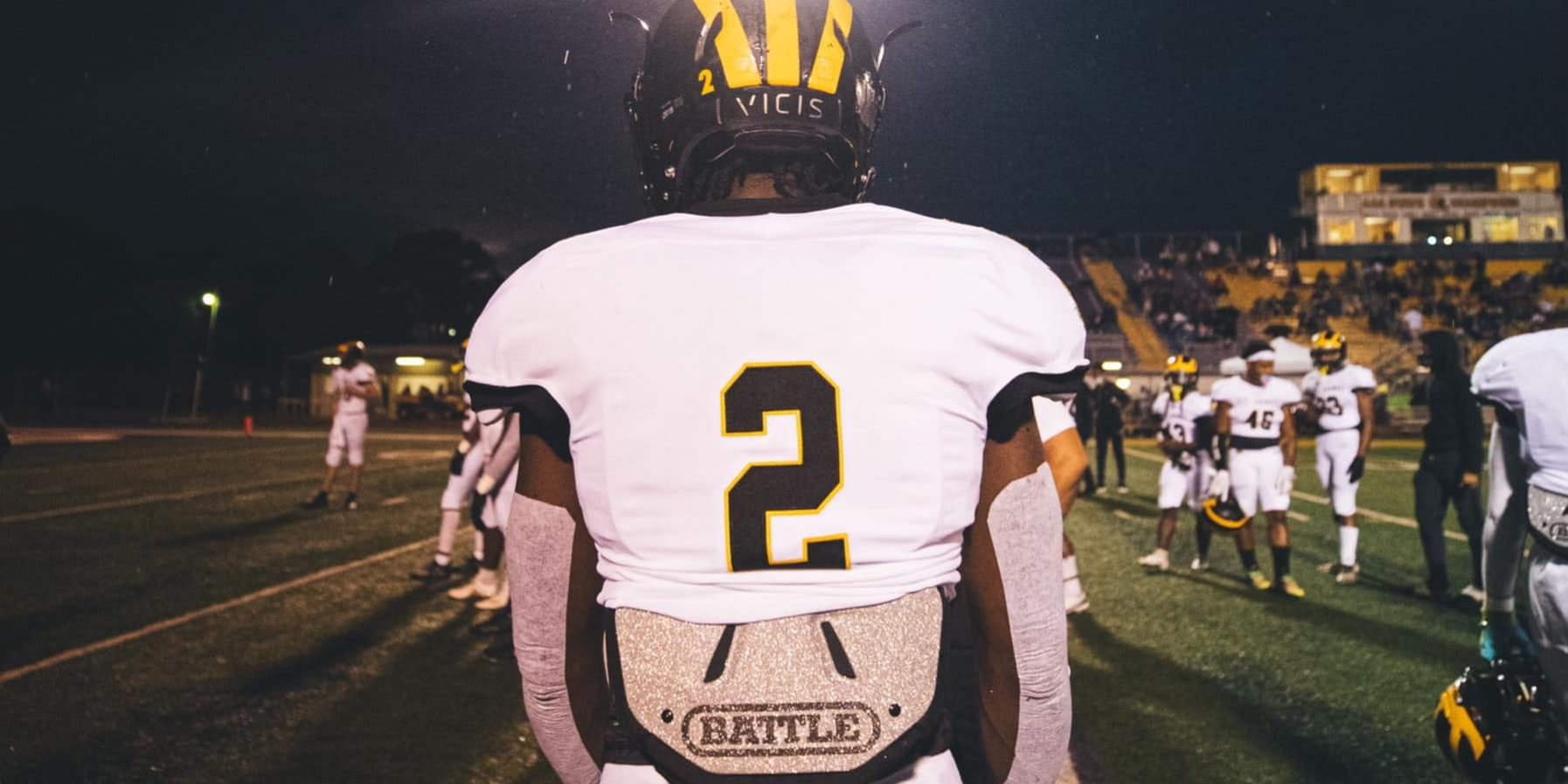 Daniel Jupiter is an incoming senior at St. James High School. Daniel is a jack of all trades, playing multiple positions for the Wildcats.

This off-season, Daniel has been working on his speed and agility, and has really been hitting the weight room hard to get stronger so that he will be able to break through arm tackles easier this season, but if you have seen Daniel play, you know that speed is not an issue for him.  Not only did Daniel make all-district as a football player last year, but he is also an all-state track star, clocking in at a blazing 11.0s in the 100-meter dash.  Combine that with his 4.5s 40-yard dash; if you blink, you may well miss him.

Daniel has committed to the Air Force Academy to play his collegiate ball.  Daniel says that the academy had a “fantastic atmosphere, and that they were the school to help me achieve success both on and off the field.”

For his senior season, Daniel is eager to “learn more about the game, mature more as a player and leader, and help my team win another state title.”

When he’s not busy making defenders look silly, Daniel enjoys playing video games and spending time with his family.  Daniel cites numerous people in his life that have helped him get where he is today, including his mother and father and the rest of his family.

Daniel also gains inspiration and motivation by keeping the memory of his late brother alive every time he touches the field.  Daniel’s favorite NFL player is Saquon Barkley, and he plans on majoring in engineering with a minor in business.