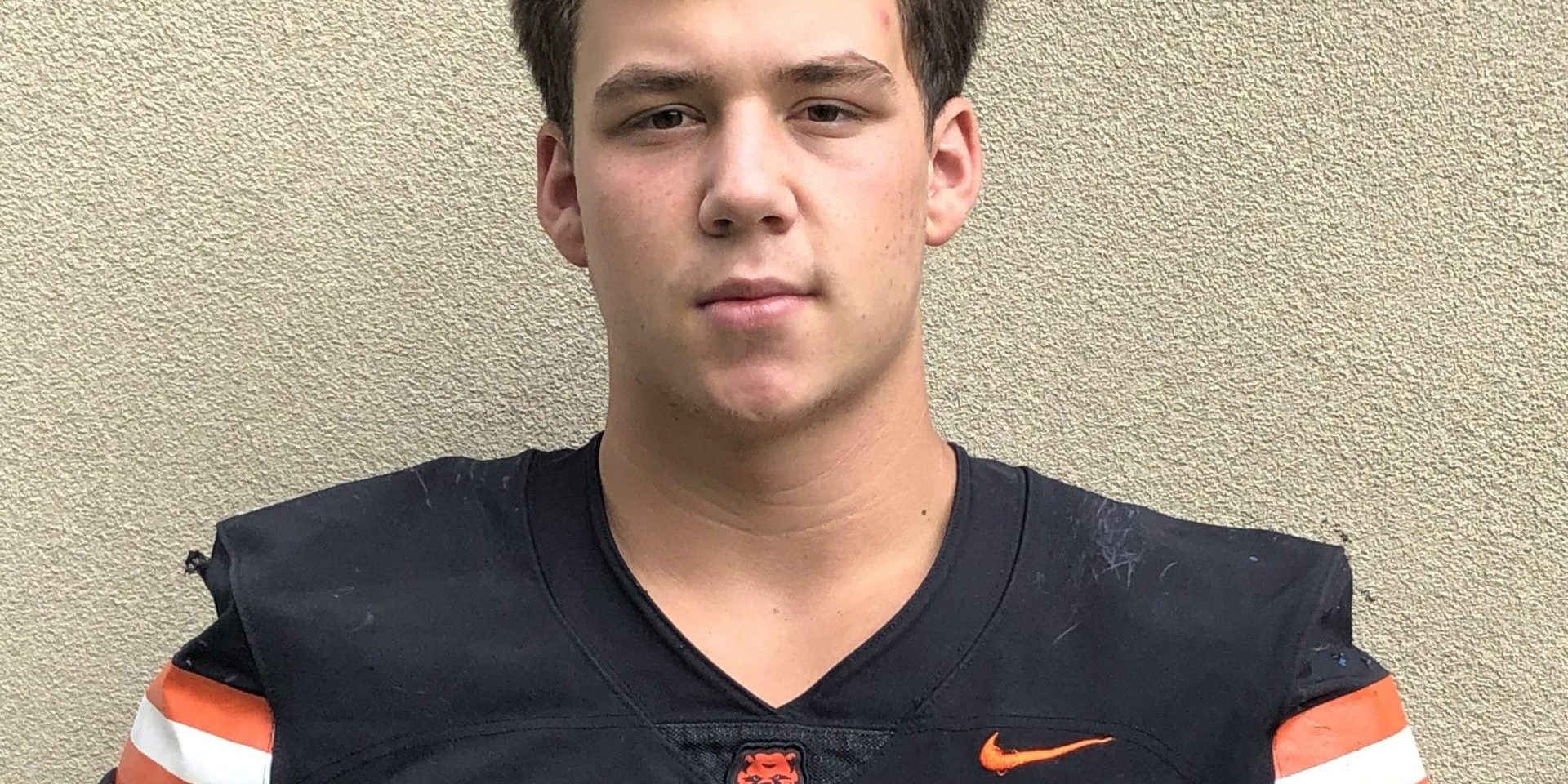 Wesley Woodward is a senior defensive end for the Catholic High Bears. Wesley is coming off a stellar 2020 season where he made All-District.  He hopes to follow up his stellar junior campaign with an even better senior season and hopes of garnishing All-State honors as well as bringing another state title to Catholic.  He currently holds a scholarship offer from Nicholls, and has also received interest from the U.S. Naval Academy.

Wesley is also a member of the Catholic High wrestling team.  He’s been working diligently in the off-season to put weight back on that he lost during wrestling, while still staying athletic and mobile.

When asked if wrestling helped him on the gridiron, he replied “Absolutely, for me I think it’s the overall mental toughness the sport teaches you that carries over to football.”

Wesley is very excited to be a senior leader, and looks forward to being that guy that keeps everyone focused and motivated.

“I just need to bring the positive energy and intensity every day to every practice, meeting, and game to make sure my teammates are ready to go,” Woodward said.

When he isn’t chasing down quarterbacks or slamming his opponents to the mat, Wesley enjoys fishing and hunting.  His favorite NFL player is J.J. Watt.  Wesley plans to major in political science in college, and would like to practice law after his football career is over.