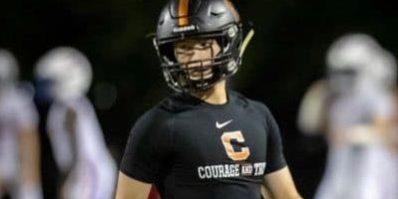 The state of Louisiana has always been underrated in producing a lot of talented kickers and punters at the next level. Throughout the last 20 years, there have been a lot of great kickers and a lot of great punters, but there are not a lot of players that can do both. Louisiana Football Magazine’s recruiting expert Lee Brecheen has only seen a handful of great kicking specialists over the years, and he truly believes that the upcoming class has one of the best kickers/punters that he has seen in Kylan Dupre from Catholic High School (Baton Rouge).

“Kylan Dupre is the third best punter I’ve seen in 30 years in Louisiana outside of Peyton Todd (West Monroe), who signed with LSU in 2020, and Donnie Jones, who played at LSU, the NFL, and is also a former punter at Catholic High School in Baton Rouge,” Brecheen said. “Kylan has great hang time and distance. His kickoffs go five yards deep in the end zone 95 percent of the time. He will start for four years as a DI punter and will handle kickoffs for someone when it is all said and done.”

Like Brecheen mentioned, Dupre has not been the only great punter to come from Catholic High School as Donnie Jones also prepped there as well. Even though both punters came within 25 years apart, both have reached out to each other and because of that, Dupre has soaked it all in from a former Super Bowl champion.

“Yes, I have reached out with Donnie Jones,” Dupre said. “We actually trained in the past a numerous amount of times and will continue training through this year. The amount of things I have learned from him are innumerable.  His explosiveness and strong mental game is what I want to replicate for my senior year.”

For this upcoming season, Dupre also wants to improve on other areas to his game as a kicker/punter.

“I would like to improve on my accuracy for field goals, consistency for punts and kickoffs, and flexibility/ strength for all three phases of my game,” Dupre said.

As a punter, 5-11, 203 pound punter has been regarded as one of the best in the entire country at his position, and it is because of his leg and his personality.

“In the punting game, you must stay calm and collective in order to get a good punt off,” Dupre said. “In my personality, I am calm, smooth, and easy-going so this goes hand in hand with my punting game.”

Although Dupre is being looked at more as a punter, it does not mean he can’t get the job done as a kicker. In fact, some of his best moments at Catholic High School came because of his powerful kicking leg in the clutch.

“I hit a last second field goal against STM my sophomore year,” Dupre said. “I had a booming punt in the shutout game against the team from River Ridge my sophomore year that went about 60 yards.  In last year’s season against Edna Karr, I hit the crossbar off of a kickoff.  I also have been on the team for three state championships and have won it all my junior year.”

In speaking of his junior season, it was an incredible experience for the All-State caliber kicker to accomplish something that not a lot of high school players get to experience, and that is winning a state championship.

“It is surreal to be apart of a state championship team at Catholic High,” Dupre said. “It is an honor to be seen as a state champion throughout the many greats who have come through this program and won the big game.”

Now, entering his senior season, he is trying to add another state championship ring to his collection and will try to do so with a new incoming coach. According to Dupre, although there is a new head coach coming in, it is not going to change anything on how he approaches the game.

“I have full trust in Coach David Simoneaux,” Dupre said. “Yes, I am saddened that Coach Gabriel Fertitta is leaving, but I am very hopeful for this season and the coaches who are coming in. After talks with Coach Simoneaux, I know he is a man of integrity that will get the job done.  He was also a special teams coach at Parkview Baptist, so I believe he will have the back of all the specialists at Catholic. I believe that this year team is filled with a bunch of gritty guys who will come in there and get the job done.  Many people labeled us as a “young team” last season, but now we are all veterans so I think we will thrive.”

Dupre has also thrived at the national scene as he has traveled to kicking camps across the country including at Chris Sailer, Kohl’s Kicking, NKR, and Ray Guy kicking camps. Because of the national attention, Dupre has been receiving interest from SEC programs as well.

“No schools have offered me yet,” Dupre said. “I have interest from LSU, Missouri, some smaller colleges, and hopefully more colleges in the mean time. I am attending these colleges camps and many others this summer.”

For now, Dupre is looking at other aspects besides the football side of things.

“I am looking for a place to call my home,” Dupre said. “What I am looking for the most is a program and university that will challenge me to be the best man on the field and in the classroom. I am looking for coaches who can trust me to deliver in key games throughout the season. ”

Dupre also has future plans on what he wants to go into after his kicking days are over.

“I want to major in biological sciences,” Dupre said. “My ambitions is to become a sports medicine physician or a pharmacist.”

The Catholic High School senior kicker/punter is also quite the business entrepreneur right now as he currently runs a business while going to school and playing football.

“My business is “On the Line Lawn-care and Pressure Washing”,” Dupre said. “As an upcoming senior, fixing to leave for college, I wanted to create ways of income in order to be ready for a career.”

It is clear that Dupre has his priorities straight off the field and on the field. That’s why he knows what kind of player he could be for a college if given the chance.

“The biggest strength as a kicker/punter is that my mental game is stronger than many players around me,” Dupre said. “As a specialist, all eyes are on you and it takes a strong mind in order to block out the extra noise in the background. I believe colleges should take the chance on me because I am a faithful, hardworking guy who will give my all to a program. I would put everything on the line in order to get the job done, and I believe I can do that for all of the colleges across the nation.”

Without a doubt, Kylan Dupre’s kicking power, versatility, determination, and confidence are all at his disposal for the upcoming season.

Click the link below to check out Kylan Dupre’s junior highlights: