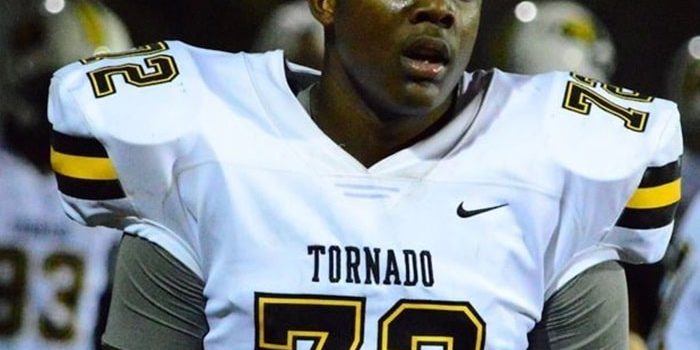 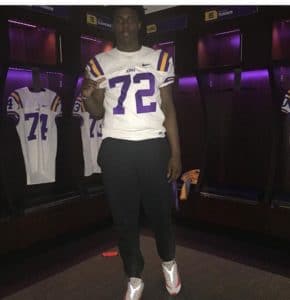 CamRon Jackson is a 6-6, 285 pound defensive lineman at Haynesvile High school in Haynesville, LA. Jackson’s speed, height, and strength allows him to complete great defensive plays that aren’t easily done. Last season, Jackson has had 10 solo tackles, 49 total tackles, and averages 3.5 tackles per game throughout his varsity career. His talent has led him to be ranked 33rd in the state of Louisiana according to Rivals along with receiving lots of attention from DI programs. He has received offers from LSU, Alabama, Florida, Louisiana Tech, Mississippi State, Oklahoma State, Rutgers, and Texas A&M. He is a committed to LSU and is excited to experience the fan base the team has to offer, especially being a Louisiana native. Jackson’s former Haynesville teammate, Joseph Evans is a current LSU defensive player that has mentored Jackson since the day he has committed. Jackson mentions football has guided him to become a leader and better man. The former athletes in his family that have played Louisiana Tech and Arkansas have been great influences in his life along with his coaches and other family. Jackson has been involved in track and basketball during high school which may contribute to his skills he shows on the football field. His goals for this year is to lead the state for tackles and sacks as a defensive lineman.

Check out CamRon Jackson’s highlights below: