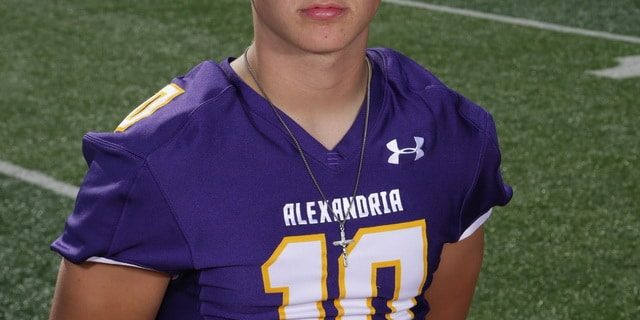 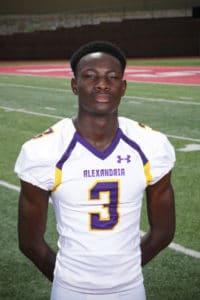 Alexandria High School Head Coach Thomas Bachman has a core of young players that will need to step up this season in order to compete during the 2018 season. At this point, they are 2-0 having beaten Ferriday High School and Benton High School.

Returning on offense will be 2,000-yard passer in 2017, Ben Hesni. Hesni is a 6-0, 185 pound senior who will be able to play multiple positions on the offensive side of the ball this season. He is a three year starter at quarterback but will see snaps at wide receiver throughout the year.

Louisiana Football Magazine’s own recruiting specialist Lee Brecheen believes that Hesni is the perfect quarterback for the Trojans.

“He does everything well,” Brecheen said. “He is a smart player with a good arm and is a perfect D-II or D-III prospect.”

In order to improve his game, Hesni watches film on some well-known players.

“I say for quarterback, I watch Drew Brees (Purdue/San Diego Chargers/New Orleans Saints) mostly because I am a pocket passer and he is one of the best,” Hesni said. “For wide receiver, I watch film on Odell Beckham Jr. (Newman High School/LSU/New York Giants) to try to work on my route running and I also watch Jason Witten (Tennessee/Dallas Cowboys) just because he is a smart player.”

One of the big targets Hesni will be throwing to is senior WR Brandon Quinney. Quinney is 6-3, 183 pounds and is poised to have a great season. 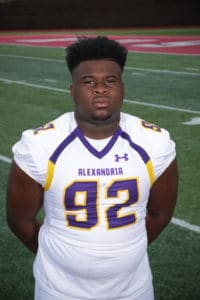 Alexandria senior DT Austin Williams is one of the leaders defensively for the Trojans. (Property of LAFM)

“This kid has the upside to be a DI guy in the end,” Brecheen said. “He has the frame, length, and runs well. If he signs I-AA, it would be a steal for that program.”

Quinney has the ability to make explosive plays and that is what Hesni thinks will happen.

“The strength of our offense is the ability to make explosive plays,” said Hesni. 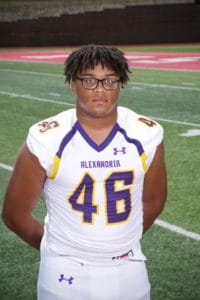 Along with teammate Austin Williams, Alexandria senior DT Aaron Ealy is another high effort player along the defensive front. (Property of LAFM)

The opposing defenses will always have to watch out for this if they expect to stop the Trojan offense. The defense has more returners than the offense for the Trojans. Austin Williams and Aaron Ealy are two of the guys that will lead the defense in 2018. They are both defensive linemen that will cause problems for the opposing offense.

“I loved seeing this kids film, and is strong and goes all out,” Brecheen said of Ealy. “He is not the fastest or tallest player but makes up for it with his effort. He will be a steal for a 1AA or D-II college.”

Brecheen also likes the effort that Williams puts forth each play.

“He is a really good high school player who is tough and is a high effort player,” Brecheen said. “I think if he gets a shot at the 1AA or D-II level he would be able to compete.”

Williams thinks that this team will surprise some of their competitors this season. “We have learned that we can be very dominant and surprise a lot of people if we continue to work hard.”

Coach Bachman’s team is young but extremely talented. If they can all put forth the effort and play together, they will be able to continue on their strong start after two weeks.