Adversity Filled 2020 Season Does Not Slow Down Brusly Panthers’ Momentum 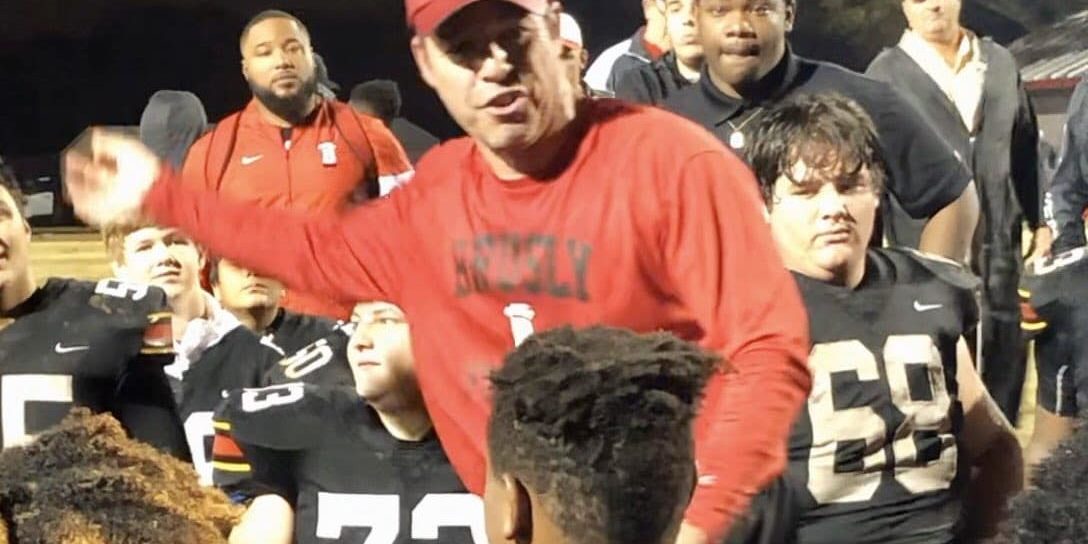 Adversity Filled 2020 Season Does Not Slow Down Brusly Panthers’ Momentum

Like most teams in 2020, the Brusly High School Panthers had to deal with a lot of adversity with COVID-19 being drawn their way in the offseason. It was especially tough considering the Panthers, led by head coach Hoff Schooler were coming off the best finish in program history reaching all the way to the Class 3A Quarterfinals.

“The season before last, we had a Quarterfinal run,” Coach Schooler said. “Along the way, we beat some good teams like Donaldsonville and Marksville before losing to the eventual state champions in St. James. You want to build off the momentum from that season in the spring knowing that you are going to have to replace some guys and see who is going to fill those roles. When you lose out on that opportunity in the spring and not have everybody there at the same time for workouts in the summer, it gets a little tricky in trying to find the pieces to the puzzle. There are a lot of young guys that you have to try and figure out where they will play. You don’t get to find out those questions until it is actually time to play ball, which for this season was not until the first regular season game we play.”

The coaching staff not only got to see all of their players perform until the first regular season game, but for the longest time, the team did not know if there would even be a season.

Once the LHSAA has granted high school football teams to play, the players took advantage of the opportunity winning three of the team’s first four games of the season.

“We jumped up and picked up right where we left off the season before,” Coach Schooler said. “Sammy Daquano came in for Nick Pennell at quarterback and Brayden Veal came in for Grant Watts at safety. The guys played well in all three phases of the game. In the Madison Prep game, it was one of the hurricane weeks. The game gets bumped up to Thursday and we managed to get three or four minutes of the second quarter. We picked the game back up on Sunday and finished the game. I don’t think I have ever been part of a game that has been broken up into a three day period. Then, you got to play again the next Friday. It was tough on the kids for both sides. From that point, we would usually worry about injuries, but this season with COVID, you had to double in contact tracing and other factors. The good news is a lot of players got a lot of experience. We had to be creative because of the constant changes on the roster.”

Despite all the circumstances, the Panthers adjusted well. Although the team did not make the Quarterfinals like in the season before, there was a lot for Panthers fans to be happy with a 6-4 record including a playoff victory against Carroll High School.

“The focus for us during the offseason is building up to Week 11 and getting better week by week,” Coach Schooler said. “You don’t want to make the same mistakes heading into the playoffs like in Week 1, 2, or 3 so you can have the best opportunity possible to win in the playoffs. Church Point is a great football team, and we were down only 6-0 at halftime. It’s 13-0 with five minutes left to go in the ball game, and they add a touchdown late. We had our opportunities, but coming out, Church Point is physical, and we are going to try and play physical as well. You get them in the second round, and they are a number four seed for a reason. You hope to try and avoid a top four seed until you reach the Quarterfinals or later, but still, the kids competed in a great football game.”

The Panthers football team, including the seniors, took the most of the opportunity and played well. Because of that, many players now have opportunities to play somewhere in college.

“Our linebacker/defensive end Bralon Thymes has some possibilities out there,” Coach Schooler said. “Running back Josh Westly has some possibilities out there as well, and our punter/kicker Jared Tisdale has an offer from Southern Arkansas as well as a couple of others that are waiting to pull the trigger. He will have some options to choose from right in front of him.”

Although COVID-19 and a Hurricane plagued season heavily impacted plenty of teams including the Brusly Panthers, it certainly did not stop Coach Schooler from continuing to make his program one of the most consistent in Class 3A.

“Obviously, we have a beautiful facility,” Coach Schooler said. “It is as good as any in the state of Louisiana from the academic building to the athletic building. It’s exciting for the kids to be able to have that type of facility to work with. However, this facility does not play any games. The kids play football games. We have a big senior and junior class that have been with us since their freshman year. Those guys played a lot of football, and we expect for them to be leaders next season. We don’t want to be at the Quarterfinals and disappear for three to four years. We are trying to build some consistency and raise the bar for what we want to be as a football program.”

With a young program, no offseason, and winning six games during a lot of adversity, the Brusly Panthers are on their way to doing just what Coach Schooler aspires the program to do.