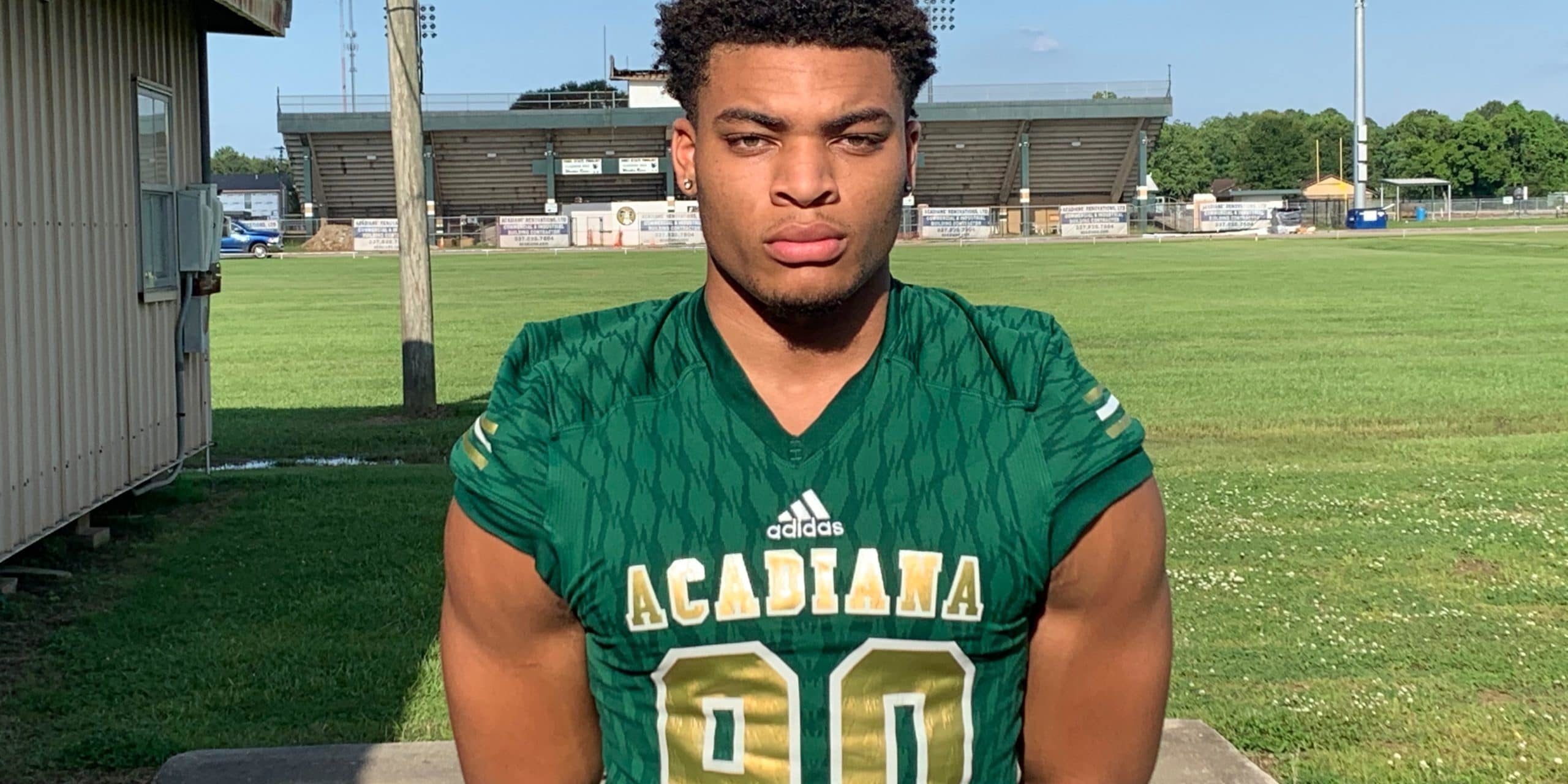 The Acadiana Wreckin’ Rams wrecked their way to a dominating season by going undefeated and reaching the Class 5A State Championship game. Although there was a lot of eyes on the Wreckin’ Rams’ veer offense that put up some record setting numbers, it was its dominant defense that was the catalyst, especially in the Class 5A State Championship game against Destrehan High School. The mantra has always been defense wins championships. Although the Rams came in as a record setting offense, it was its defense that won the game. While Acadiana’s offense was struggling only putting up eight points, the defense stood up and only gave up three points. What resulted was Coach Matt McCullough’s first state championship victory and the historic football program’s fifth state championship victory. Arguably, the most talented player on that defense is upcoming senior defensive end Cameron George, who is one of the best defensive line prospects in the state of Louisiana for the 2021 class.

Last season, Cameron had 53 tackles, 17 tackles for loss, ten sacks, and three fumble recoveries in only ten games played. Along the way, the Acadiana defensive lineman received 26 offers from the likes of Air Force, UL, Army, Coastal Carolina, Cornell, Dartmouth, Florida Atlantic, Furman, George State, Grambling, Lamar, ULM, McNeese State, Mercer, Navy, Nicholls State, Northwestern State, Ohio, Penn, Princeton, South Alabama, Southeastern, Southern, Stephen F. Austin, Stetson, UTSA, and Western Kentucky. Also, he just recently was one of 20 players selected by Lee Brecheen to be featured on the front cover of the South Louisiana Football Magazine. Of course, Cameron is honored and humbled by all of this attention, but to him, he wanted to win a state championship just like his older brothers Claude George Jr. (Texas A&M) and Malik George (Stephen F. Austin), who were both defensive ends that also wore number 90 during their playing days.

“It was great being a part of a championship team with a great group of guys last year,” Cameron said. “Both of my older brothers won a state championship before so it was always a goal of mine to get some.”

His dad Claude George Sr. was also an all-time defensive great at Acadiana High School as well. For this upcoming season, Cameron is looking to add another state championship to his collection to impress his incredibly talented football family even more.

“I feel like we have great leaders on both sides of the ball this year that pushed everyone to work hard so I think we’ll have the opportunity to make another run this year,” Cameron said.

The 6-2, 240 pound defensive end has bought all in for the upcoming season. For starters, he had made his decision to commit before the start of the season. Local Acadiana football fans will be happy as the 1st Team All-District selection has decided to commit to the UL Ragin’ Cajuns, and it could not have come more perfect timing after the Ragin’ Cajuns impressive upset victory over the Iowa State Cyclones in Week One. For Cameron, he has been leaning towards the Ragin’ Cajuns the entire time, but this big victory turned out to be the icing on the cake. Now, he cannot wait to show Coach Billy Napier and the rest of the coaching staff what he could do.

“I feel like my biggest strengths are my explosiveness and my power,” Cameron said.

His explosiveness and power is not shown only in football, but also in the throwing events for his track and field team. Cameron is one of the best athletes in the area and because of that, he has some high goals for himself to become a dominant player not only at Acadiana, but once he gets to UL. Right now, he is studying other players like Khalil Mack (Buffalo/Oakland Raiders/Chicago Bears), Chase Young (Ohio State/Washington Football Team), Joey Bosa (Ohio State/Los Angeles Rams), and Nick Bosa (Ohio State/San Francisco 49ers).

“My favorite pass rush move is the double swipe,” Cameron said. “I learned it from watching Joey Bosa’s film a lot and just working on it in practice.”

The double swipe move is not the only area of his game that he is working on.

“I like to improve my technique some more against defending the run this year,” Cameron said.

The best players at their craft are perfectionists and are motivated. Living in a competitive, athletic family, those values were installed at an early age for Cameron George. Now, with the talent and work ethic, this number 90 will be a nightmare for opposing offensive tackles to go against.

Click the link below to check out Cameron George’s junior highlights: