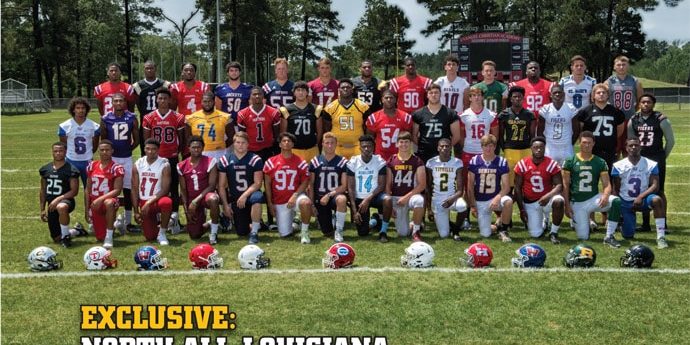 Hello Louisiana Football fans! We are very happy too announce that for the first time in our 21 years of publishing Louisiana Football Magazine, we are having two separate editions that cover North Louisiana and South Louisiana. Both editions will still contain all the Louisiana colleges as well as all of the high schools in the state from 5-A to even the MAIS league. Those sections will cover the entire state. However, the last 16 pages will make the magazine unique. In our North edition of our magazine, the 16 pages will focus on the northern part of the state and will contain the following:

We also had a great photoshoot for our magazine that was taken at Evangel Christian Academy back in May. The best seniors in North Louisiana were there to take their pictures, and they will be showed in the Best of the Group Positions section of the Magazine. However, the very best of the best got to be on the cover of our North Louisiana Magazine. The players on the cover are the following:

Front Row (from left to right):

Middle Row (from left to right):

Back Row (from left to right):