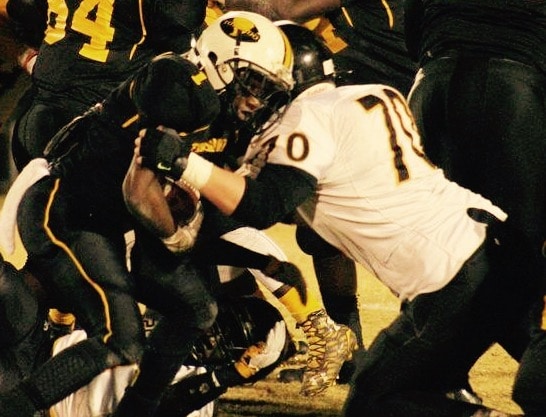 Arcadia Center/Defensive end/Defensive tackle/Long Snapper/Full Back Dustin Mills is one of the most versatile players in the state with the many positions that he can play. Proving his versatility even more, he is playing a new position at tight end. Just call him a Swiss army knife as he does everything on the football field except playing quarterback but who knows he might add that to his list of positions that he plays soon.