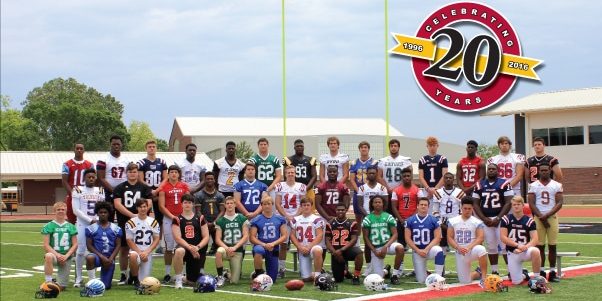 On Monday, our 2nd team will be out on our website so check us out. Louisiana Football Magazine Editor and T.V. Host will give his analysis on some of the best football players in the state. You will also get to know these players even more when they give out their hobbies, top schools, and stats from the year before. Keep in mind that the opinions on these players are only from Lee Brecheen and not by any recruiting site. The positions that these players are listed on may not be the current position that they are playing for their team but the position that Lee believes the players will play in college. The following list is the positions that we will be breaking down for the second team.

For the list of players that made our team, well, you just have to find out on Monday!